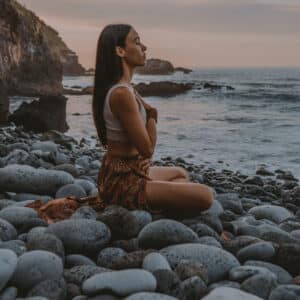 Yoga (from the Sanskrit root Yuj, “yoke, unite”, referring to the union of body, mind and spirit with the Universal consciousness) is an ancient and complex system of knowledge, a precious fruit of the millennial Indian culture, developed over 5.000 years ago.

Using a wide range of techniques, Yoga promotes and makes possible the transcendence of the self with the aim of enlightenment.

The Yoga of today is really different from the ancient Yoga, where the most common pose wasn’t “Down Dog” but the classical Lotus meditation position in order to practice the breathing techniques and to train the mind to achieve high levels of consciousness.

The “Bible of Yoga” is The Bhagavad  Gita, written about the 2nd-century-BCE. It is the sacred epic poem of Hinduism, where the yogic philosophy is illustrated through metaphors within the context of an heroic battle, and it’s from here that we can see the first notions on important yoga paths such as:

•Bhakti (the path of devotion)

•Jnana (the path of the intellect)

•Karma Yoga (the path of the work)

From these three, new paths of Yoga began to appear:

•Tantra Yoga, the path of the union of body and spirit to the Universal consciousness as one, without separations (nothing to do with sex as many people think). The teachings on the “energetic bodies”, such as Chakras, come from Tantra Yoga, and from here the belief that the body isn’t an impure obstacle in order to achieve the divine, but the sacred place where the spirit lives and so it deserves to be cherished and worship as God itself (or the Universe).

After that emphasis on the body appreciation, the responsibility for taking care of the body came to light through the

•Hatha Yoga, the style of Yoga that is closest to what we practice in our modern age. Tired of practicing more than 10 hours of meditation per day, the Tantric Yogis started to observe the movement in nature, as in the animals, trees and plants, simulating them through various postures of the body, like the ones we know today. If body is stronger so mind and spirit will be.

•The Raja Yoga, or Raja Marga (the royal path), organized and explained in a comprehensive structure for the first time in the history of Yoga through the aphorisms of the sage Patanjali, who wrote, about 400 CE, one of the most important foundational text of Yoga, The Yoga Sutras, where he illustrates how yoga is a set of practices that go beyond physical postures and embrace a real lifestyle made of rigor, discipline and commitment (the Kriya Yoga of the great Master Paramhansa Yogananda is a particular form of Raja Yoga).

The ancient master Patanjali, about 300 B.C. quotes eight points that a practitioner of Yoga should follow and they are known as “the eight limbs”:

Over time, many different styles of yoga have formed around the world, and each of them is distinguished by giving more emphasis to one or another aspect of Yoga. Some schools focus on meditation practices, others on postures, while others on breathing techniques and so on.

At the turn of the nineteenth century, the great Indian Yoga Master, healer and Ayurvedic scholar Tirumalai Krishnamacharya (known as the modern father of Yoga), developed a unique Yoga style based on the needs of people in their diversity, adapting Yoga to every body, to every need and considering physical problems of various kinds, maintaining the alignment with Patanjali’s Yoga Sutras though.

He was the teacher of the modern influent Masters as Indra Devi (known as the first lady of Yoga), Pattabhi Jois (the founder of Ashtanga Yoga), Iyengar (brother in law of Krishnamacharya, founder of Iyengar Yoga) and Desikachar (son of Krishnamacharya who developed ViniYoga).

•The Ashtanga Yoga (Ashtanga means “eight limbs”referring to the eight fold path of the Patanjali’s Yoga Sutras) founded by Patthabi Jois, consist in six series that never change, which include flowing sequences of movements connecting one posture to another (known as Vinyasas), breathing system (Pranayama) and Drishti (the focus point of the eyes in every asana). 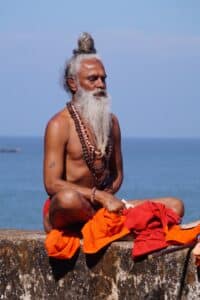