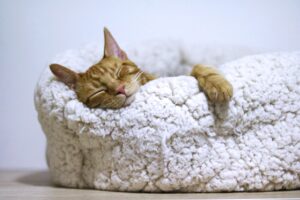 Restorative Yoga is a particular style of Yoga that focuses, as the name suggests, on recovery and relaxation.

It includes less than a dozen asanas and none of these involve complex movements, only very light twists, simple stretches and forward bends. For these reasons, Restorative Yoga is also recommended for those who do not practice Yoga regularly or for those who do not have good flexibility.

In Restorative Yoga, the use of tools is preferred, which are used to support and maintain the positions for longer. In this way it is possible to bring the muscles to their apex of extension without exerting excessive force: often a pose can also be maintained for 10 or 20 consecutive minutes, therefore often no more than 4 postures are performed in a single hour session.

The practice derives from the teachings of master B.K.S. Iyengar and was perfected over the years by her students to transform into a therapeutic style of Yoga that could bring deep relaxation and balance to both mind and body.

The emphasis of Restorative Yoga is precisely on relaxation in restful postures, which allow the body to recover, renew and heal.

Numerous studies have shown the physical and emotional benefits of this form of therapeutic Yoga: physical problems, such as hypertension and heart disease, can be strongly influenced by this practice.

Restorative yoga helps trigger the parasympathetic nervous system, which has the ability to balance the body and bring its response system back into complete balance. In turn, this lowers the heart rate and blood pressure. The postures stimulate the immune system and keep the endocrine system in optimal condition. The comfort and needs of the individual meet with the use of tools and props to support the body during relaxation poses. Along with the support of classic yoga blocks, gravity is also used to help with relaxation and tension release. Soft light or dark, silence, warmth and natural breathing are some of the means used to reduce stimuli and keep muscles and mind in a calm state.

While this type of Yoga tends to relax the body, that doesn’t mean it doesn’t include physical activity. A study conducted by the National Institute of Health Study at the University of California showed that between two groups, one practicing normal stretching exercises and the other regular Restorative Yoga activities, within six months the second had not only consumed almost double the body fat he had accumulated, but he was also able to maintain a healthy weight more easily than the other. The simplicity of Restorative Yoga allows it to be performed constantly and the relaxation that derives from this practice leads to a lower production of cortisol, the hormone responsible for the stress levels in our body; having less in circulation, the body is able to work on disposing of excess toxins and lipids more easily. Finally, among the other benefits of this practice we find the ability to control high blood pressure and the improvement of blood circulation.

Instead of focusing on physical effort, this type of Yoga relaxes the body by stretching the muscles and bringing them into a state of relaxation that is very effective to combat accumulated stress. The focus of this experience is relaxation, so soft lighting and light music play a key role. Furthermore, although many poses require the use of tools, others can only be performed with the help of some easily recoverable blanket. The essential tools for practicing restorative yoga are a Mat, couple of Yoga blocks, one or two blankets, one or two pillows (especially the bolster, long Yoga pillow).

In Ravi Marga, all the Restorative Yoga session are accompanied by the sound of the musical instruments used in Sound Healing such as quartz singing bells, handpan and many others, in order to help the client to deepen the practice thanks to the vibrational frequencies of ancestral sounds.

Get your Restorative session here!